The Illinois Council for Exceptional Children (ICEC) in Region 4 has hosted its first annual “YES I CAN STUDENT STAR ” awards ceremony on January 25th at our district’s very own Bridges Adult Transition Center.

This night was the 100th year anniversary of the non-profit organization for special education. The ICEC is a professional association of educators dedicated to advancing the success of children with exceptionalities. They accomplish their mission through advocacy, standards, and professional development.

13 school districts have been represented and 29 students were awarded, including four from D219. The students were nominated for achievement in one of the seven categories: Transition Work, Academics, Self-Advocacy, School & Community, Technology, Artist Skills, and Social Emotional Learning.

Matt Joffe nominated Connor Holland from Bridges Adult Transition Center for his accomplishments under the category of Transition Work.

Joffee, during his speech, said that he had known Holland for five years and that the amount of growth that he has seen in him has been tremendous. He has joined the Special Olympics and has participated in the four sports that District 219 offers; he has been a model athlete winning medals in the four sports. “Plus, what a great cheerleader he is for his fellow athletes,” claimed Joffee. In addition to that, Holland works at the local Jewel in competitive employment and has been learning how to read his schedule, asking for help from staff.

Schejbal has participated in the Special Olympics at Niles West and Bridges all the years he has been in District 219. He has been a model athlete participating in all four sports that D219 offers. “He is one of the first students to cheer on his fellow athletes and the first with a fist bump to offer congratulations.”

Leonore Moran nominated Isabella Dillon from Niles West for her achievements in the Artist Skills category.

Bella has been a leader in Arts Appreciation for the last 4 years. She has done multiple leading roles in our annual Arts Appreciation Show including Moana and Anna in Frozen. “Her charisma and personality always shine through when she is performing. Her hard work and dedication have always helped show other students to embrace the arts.”

Moran nominated Ricky Riley from Niles West under the Artist Skills category as well. Riley has been a leader in Arts Appreciation since he started as a freshman. 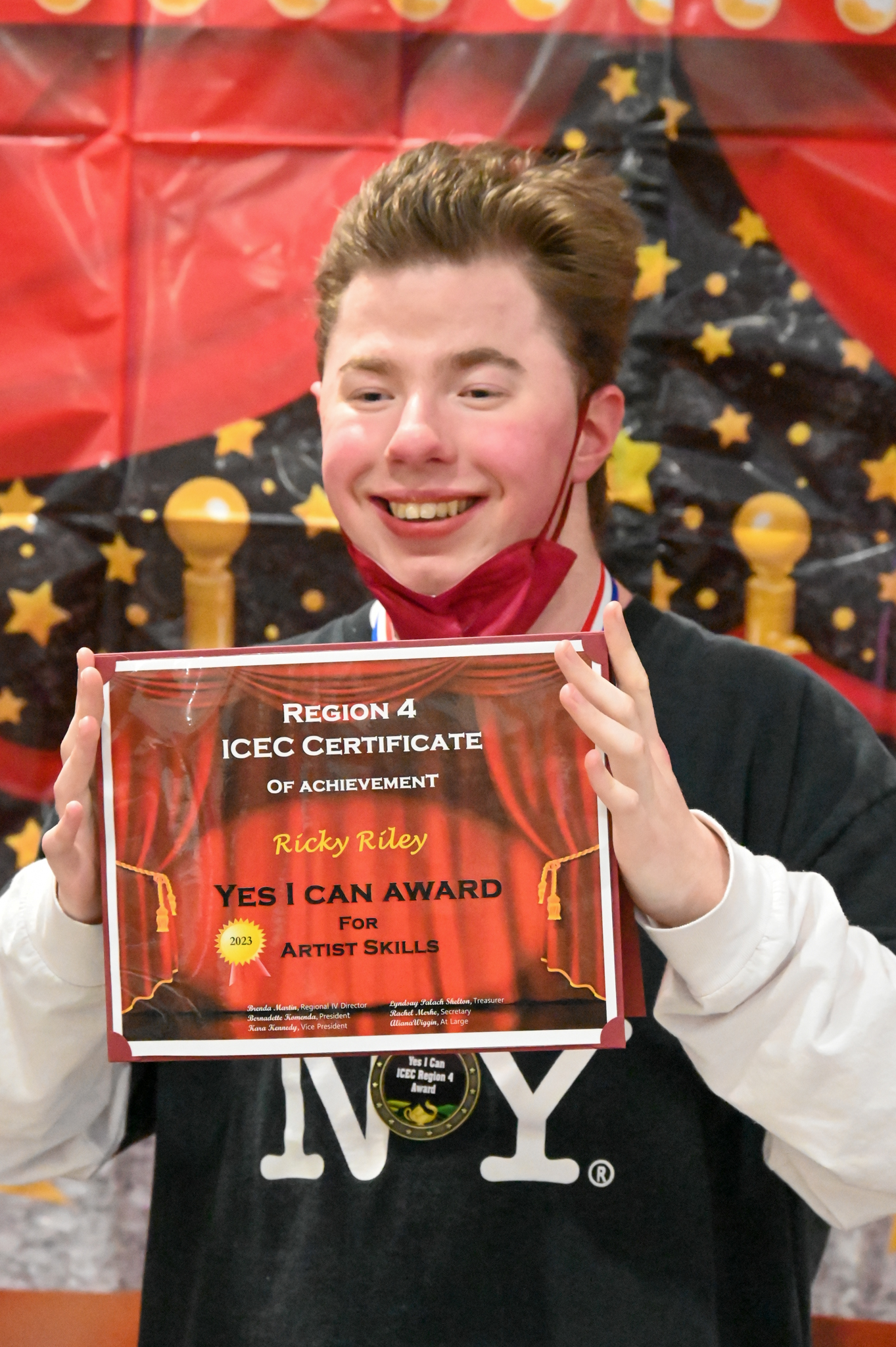 “He is always engaged and willing to participate. His energy and enthusiasm always shine through when he is performing or just participating in daily class. His energy is infectious and always lifts up other students.” His talents are highlighted when he does his roles in the Arts, including helping narrate this year’s show “Something Kind of Frozen” with his role as Kristof.

Congratulations to all of the students who won awards, and thank you to all the staff who nominated those students.

Join us for a contemporary play that deals with themes of belonging, loss, love, and what it means to be a family. Set in modern day Brooklyn, A Kid Like Jake centers on a young couple and their four year old son Jake. Jake is a young boy who does not subscribe to gender norms, loves princesses, and plays dress up. Beloved and accepted for who he is by both of his parents, they wonder whether to “play the gender card” when applying to private elementary school programs. In conversations with each other and Jake’s preschool director the couple struggle with how to move forward with their applications and parenting styles as Jake’s behavior becomes increasingly erratic and concerning to those in his life. Join us for this moving piece that asks the question, what does unconditional love really look like?
Performances will be held:
Thursday, Sep 1: 10am (Free Community Performance) & 4pm
Friday, Sep 2: 5pm
Saturday, Sep 3: 2pm & 6pm
Black Box Theatre
CAST AND CREW << Click to see who’s in the Show!
We are pleased to offer two complimentary tickets to all faculty and staff of District 219 to the performance of their choice.  Please complete THIS FORM to submit your request.
Language »