On Friday, July 9th we were all pleased to host Governor Pritzker with the signing of the TEAACH Act. Thank you to Representative Jennifer Gong-Gershowitz and Senator Ram Villivalam, both sponsors of the Bill, for having this historic event take place at Niles West High School. The law amends the Courses of Study Article of the School Code. It requires every public elementary school and high school to include in its curriculum a unit of instruction studying the events of Asian American history; including the history of Asian Americans in the midwest and Illinois, as well as contributions of Asian Americans toward advancing civil rights from the 19th century onward. Contributions may be in government, the humanities, the sciences, the arts, as well as contributing to the economic, cultural, social, and political developments of the U.S. Specific to US History, the law provides that the teaching of history of the United States shall include the study of the wrongful incarceration of Japanese Americans during World War II and the heroic service of the 100th Infantry Battalion and the 442nd Regimental Combat Team of the United States Army during World War II.

Mr. Albert Chan, Social Studies Teacher at Niles North and alum, and his students were active in testifying for the Bill earlier in the spring. Mr. Chan currently teaches our Asian American History course. Student, Kiara Kenmotsu, testified about her own personal story on the importance of the TEAACH Act. Kiara Kenmotsu was at the Governor’s signing and gave her remarks to kick off the event and to introduce the Governor. We are proud of our staff and students for their work on this historic event. 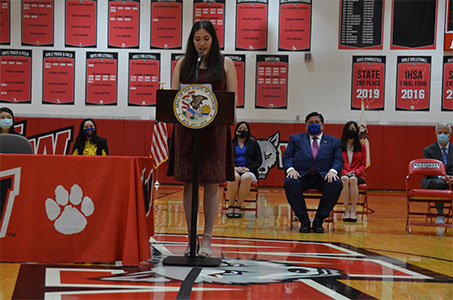 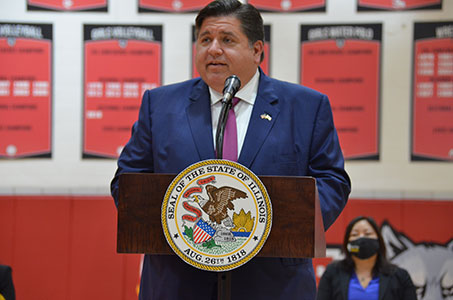 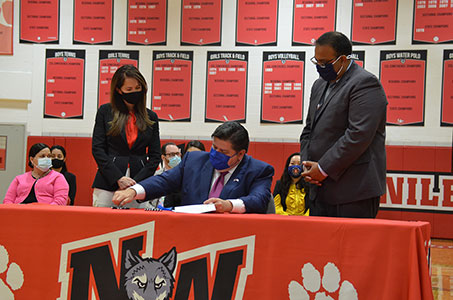 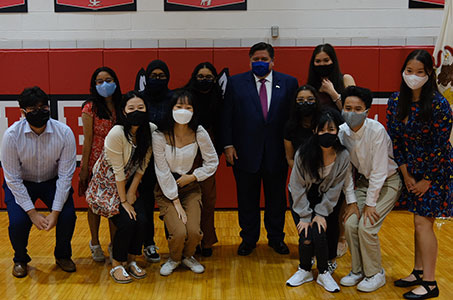 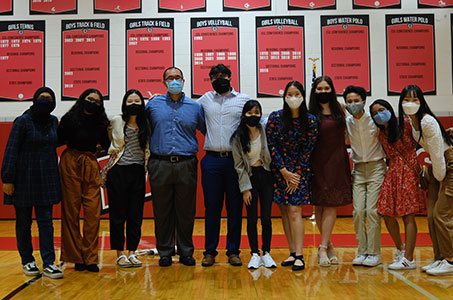