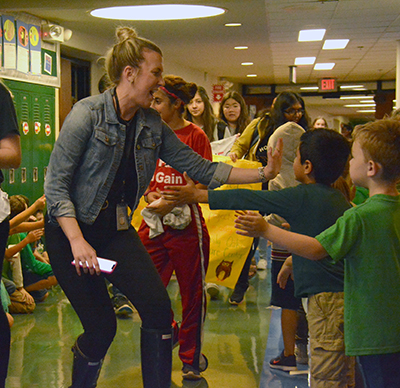 Proving you can go back home again, this year Niles West brought the Homecoming parade back to where it all began for many of them…Fairview, Parkview and Lincoln Hall. Instead of a march through Skokie, Niles West teams, clubs, and performers promenaded through local sender schools, bringing the band, banners and tons of excitement to hallways filled with future Wolves. The pictures are from West’s trip to Fairview South. 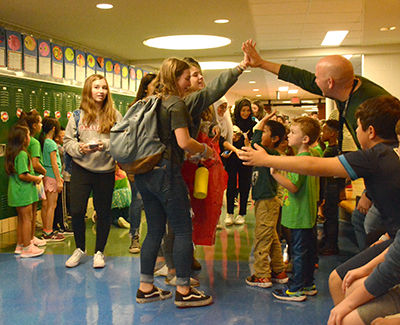