NORTH’S JASIAH ANDREWS AND WEST’S BECKY TUECKE AND HARSI GANDHI HONORED FOR MAKING A DIFFERENCE AT NOV. BOARD MEETING 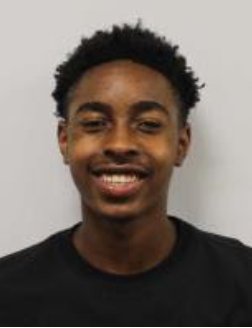 Niles North sophomore Jasiah Andrews was honored as North’s Remote Learning Student of the Month and Niles West’s Becky Tuecke, a Physical Welfare teacher and senior Harsi Gandhi were honored for their contributions to the Physical Education (PE) Leader program by the D219 Board of Education at its November 4 meeting. The three were recognized with the Those Who Make a Difference Award.

Niles North Principal James Edwards introduced Jasiah Andrews, who joined District 219 as a transfer student at the beginning of this school year. Edwards praised Jasiah for stepping up to the challenges of learning via remote learning even at the same time as he was moving to a new town and starting at a new school.

Edwards shared testimonials to Jasiah’s accomplishments from several of his teachers. Psychology teacher Erik Kaiser wrote, “Jasiah always challenges the class with the great questions he poses.  His leadership extends to clarify the homework or expectations for the whole class and to double check assignments. He communicates frequently when he has questions. His input is invaluable as it gives me a handle on what students may need as we progress through the units.  It’s like having another teacher in the room.”

English teacher Amanda Hussain said, “Jasiah brings a smile to my face every single class, and I tell him so often!  He is the first to say hello and ask how I am (which isn’t easy for most kids to do), and usually the last to leave class because he has some insightful question to ask about the lesson.  As a transfer student to North, and navigating remote learning for the first time,  he has been nothing short of amazing.  He is kind, patient, hardworking, and makes me feel energized the way I usually feel when we are in person learning. Even when he has fallen behind, he has advocated for himself and demonstrated maturity.”

Physical Welfare teacher and Head Basketball Coach Glenn Olson said, “I call him a breath of fresh air!  He greets me everyday in class with fantastic energy.  At the basketball contact days he was so coachable and eager to learn.  His desire to be great will separate himself from his peers.  He is an INSPIRING student/athlete.”

Science teacher Ashlee Miller-Berry nominated Jasiah for the award. She said, “Since the beginning of the year, Jasiah Andrews has been a rock star in this virtual learning world that we find ourselves in.  He participates fully in our Conceptual Chemistry course, often being brave and asking questions that other students might have but are afraid to ask.  I can always count on him to be our summarizer of topics, most of the time explaining the point of the lesson better than I would.  He is courteous and helpful to other students and stands out as a leader in my class.  He is thoughtful, kind, and a model student leader within my classroom.”

Jasiah shared with the board that he was looking forward to transferring to Niles North to be part of the basketball team, which he loves, but that he was surprised to find out how wonderful the academic offerings are at North.

With the world in such a bad place because of problems like the pandemic, Jasiah said, he realizes the importance “of feeling uplifted and upbeat.” He said he appreciates the fact that his teachers tell him he’s “a great student,” but that is made possible because “they are such great teachers.”  Given all the challenges these days, he said, “It’s important for me to bring love into the classroom.”

Niles West Principal Karen Ritter introduced Those Who Make a Difference winners Becky Tuecke, who teaches the PE Leaders class and a special student in her class, Harsi Gandhi. 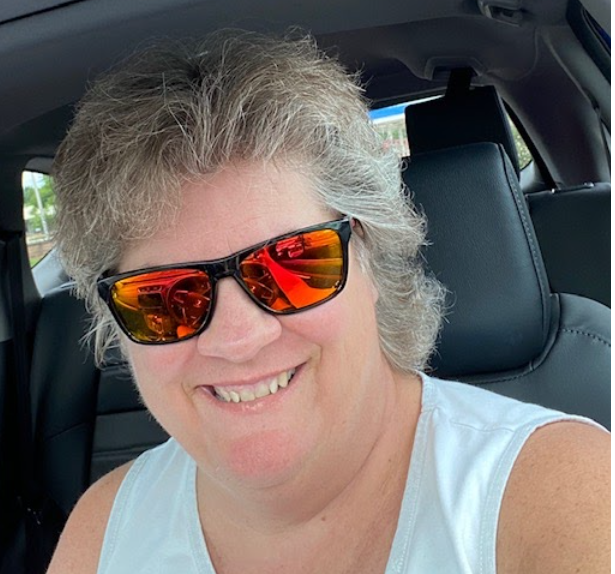 “The PE Leaders program goes way back to the 1980s when Becky Tuecke herself was a PE Leader at Niles West,” Ritter said. “In fact, according to Ms. Tuecke, if you ask many of the Niles West alumni who are also teachers and staff in the district, they were probably a PE Leader when they were a student at Niles West themselves. Ms. Tuecke would know, because she was entrusted to take over the program from Ms. Judy Sloan in the early 2000s and taught many of our alums. PE Leaders used to be made of varsity team captains and other athletes, but the class has changed over the years to provide access and opportunities to students who demonstrated leadership outside of athletics. Because of this change that Ms. Tuecke made, she found wonderful emerging leaders like Harsi Gandhi.

“Ms. Tuecke teaches the class based on the leadership framework of Stephen Covey and tells PE Leaders in her class that the future is up to them, and we as adults rely on them to make the world a better place,” Ritter continued. “This year, the PE Leaders are experiencing a different kind of leadership development with remote learning — one that includes social and emotional intelligence, vulnerability, and reflection. According to Ms. Tuecke, social-emotional learning is a huge part of leadership, because how we process our emotions is how we understand the world and those around us, and her expectations of her PE Leaders are that they need to step it up socially and emotionally as leaders in today’s world.

“This message resonated with Harsi Gandhi one day during her PE Leaders class with Ms. Tuecke. Ms. Tuecke has given me permission to share that this summer, she learned that she has breast cancer. With her treatments, she is experiencing a range of side effects and difficult moments that sometimes impact her during remote teaching. To top that off, she has had to learn a lot of technology that she did not know before, which can be frustrating at times. Harsi says that Ms. Tuecke is always smiling and is so willing to truly know her students and create a personal bond. Harsi also says, ‘She knows just by looking at our faces if we’re tired or sad, and she knows what to do if we’re feeling bad.’ Harsi noticed one day that by looking at Ms. Tuecke’s face that something was not the same with her. Of course, the athlete in Becky told herself, ‘You got this. Be strong, get over it,’ but that one particular day, Harsi noticed that Ms. Tuecke was not her usual self. After class, Harsi sent Ms. Tuecke an email saying, ‘Are you ok?’ No matter how tough Ms. Tuecke tried to appear on Zoom, Harsi picked up on the fact that something was wrong. Ms. Tuecke and Harsi have known each other for three years now, and Ms. Tuecke was so touched that she was so perceptive. 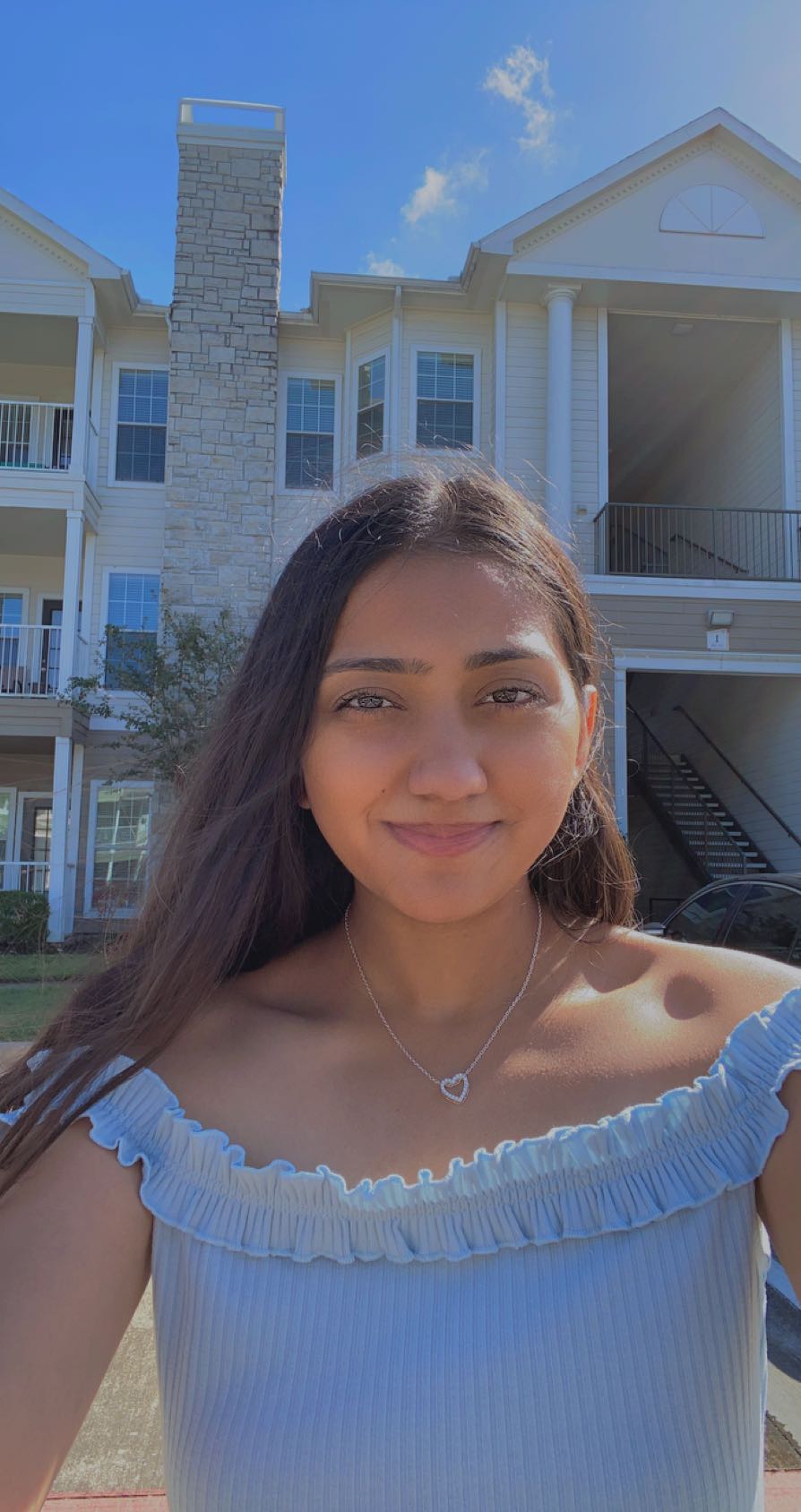 “Harsi said that Ms. Tuecke has so much passion for her teaching, she loves her students, and she will do whatever it takes to make sure they are comfortable, in a good place, and feel supported. But this time, Ms. Tuecke says the roles were reversed, and Harsi was the one checking on her, making sure she was ok. She describes Harsi as a quiet leader, and one who genuinely cares. Harsi says that we’re all in this together, and we all could use some social and emotional support!

“The definition of leadership and what it looks like has changed over the years in the PE Leaders class, but as we can see from Ms. Tuecke and Harsi Gandhi, it doesn’t matter what your role is or your position. Harsi has learned that leadership is dedication to what you are doing, and that it’s not about holding a title, but by being positive, doing good work that impacts something larger than yourself, caring for others, and being intentional in your actions. Anyone can be a leader. We all need to step up to do that more, especially now.

Ritter said, “For everyone’s information, Ms. Tuecke’s treatments are showing positive results and moving in the right direction, and she is thankful to the Niles D219 community for the support. Harsi Gandhi hopes to go into pre-med, and then to become an anesthesiologist. She believes that Niles West has played a big part in her decision to pursue pre-med because of the support from her teachers and her love for science.

“Thank you to both Ms. Becky Tuecke and Ms. Harsi Gandhi for making a difference in each other’s lives, and the lives of the Niles West community through the PE Leaders program.”