Here’s an example of one clue:

“Steve searched far and wide for an escape. Feeling hopeless, he began tracing the perimeter. He wandered the entire area but found no escape. Once he used his head, the answer was clear.”

Serafini said his students look forward to the Breakout Boxes a few times each semester and are given different challenges with a wide variety of clues. “They love it and they hate it,” he said. “This is an alternative way to get students to think and work together which is engaging.”

The following photos show students working on the Breakout Boxes. Some old shelves in the science classroom have been repurposed as new Breakout Boxes. Students have put their artistic flourishes and designs on the boxes as well. 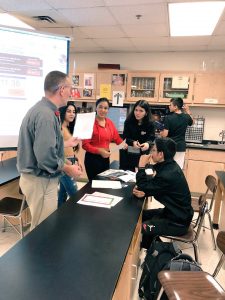 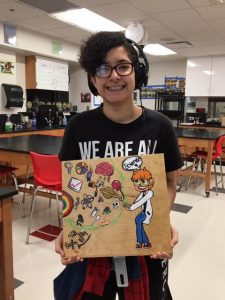 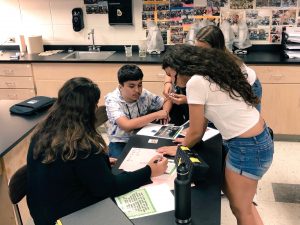