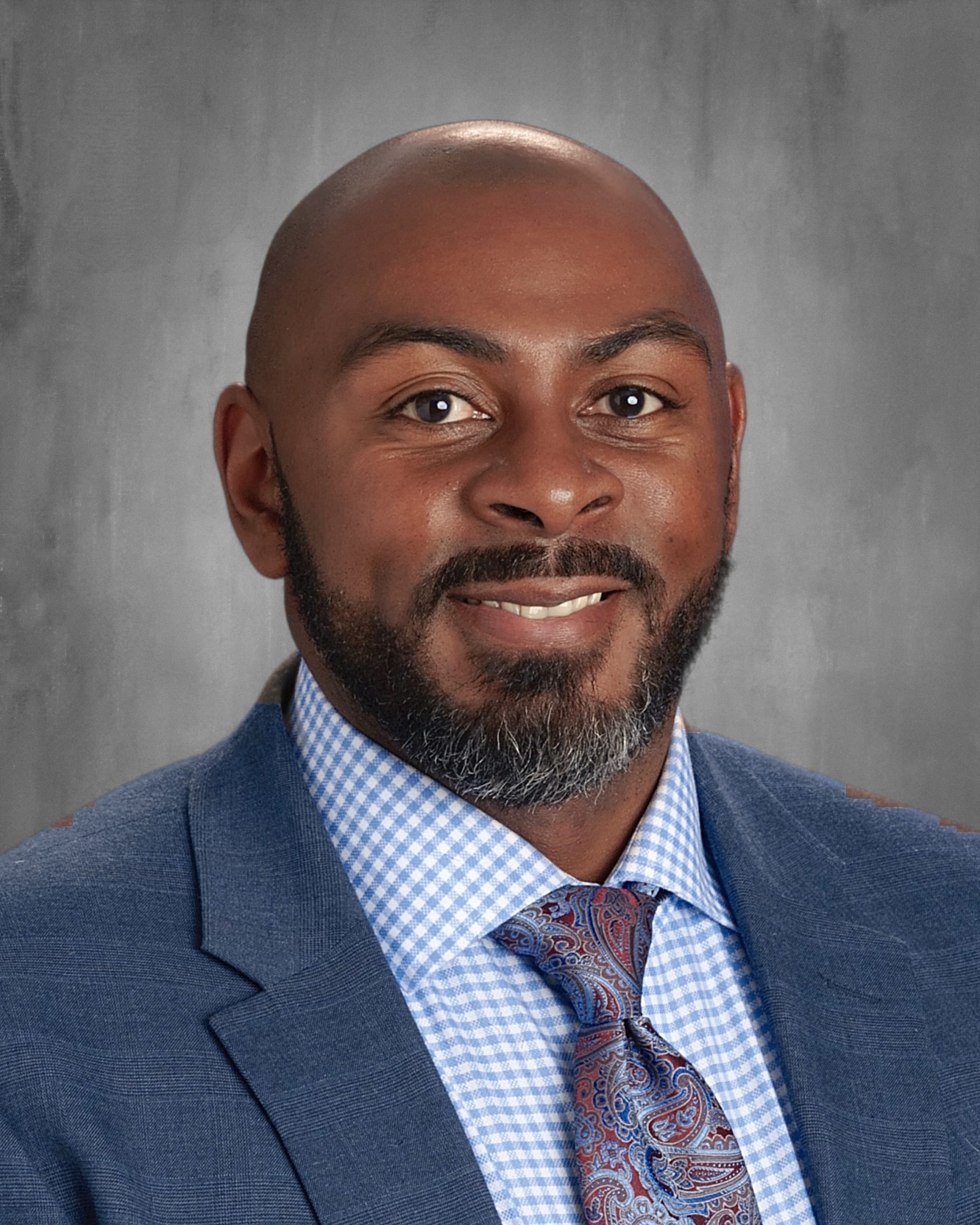 The State of Illinois’s 2021 Teacher of the Year, Niles West Band Director Justin Johnson, was honored by his home team on December 1, 2020, when the Niles Township High School District 219 Board of Education recognized him for winning the state’s top teaching honor. The honor was officially announced in late October by Illinois Governor J.B. Pritzker and State Superintendent of Education Carmen Ayala.

D219 Superintendent Steven Isoye said, “I don’t know if people appreciate the full extent of this award. Justin Johnson is now the ambassador for all of the teachers in the State of Illinois. Across the country, there is one teacher named for every state and territory. Justin is the one person who symbolizes excellence in education for our state,” and he will represent Illinois in conferences and professional development events throughout next year.

Niles West Principal Karen Ritter said, “Mr. Johnson is what is known as a ‘warm demander;’ someone who sets high expectations for himself, for our students, and for our band program, but also demonstrates a high level of care, compassion, and support for his students. As a result of that practice, Niles West has a competitive and highly regarded band program made of dedicated students who are willing to give their all and a teacher that expects nothing less.

“Mr. Johnson’s impact reaches beyond the classroom,” Ritter said. “Over the past year, Mr. Johnson has facilitated professional development and difficult conversations about race within our school community. He is a racial equity leader, and although he is not one who enjoys being in the spotlight, he knows he has this unique opportunity and platform as the Illinois Teacher of the Year to help schools normalize conversations about equity and race, so we can all create equitable school environments that are welcoming and accepting to all.”

The Illinois State Board of Education specifically recognized Johnson for being an educational leader who centers his teaching around issues of racial and social justice.

A consistent theme among the testimonials from school administrators, colleagues and students that were part of Johnson’s nomination was the fact that he proudly advocates for more equitable schools, to his students and to his peers, and he models that behavior. 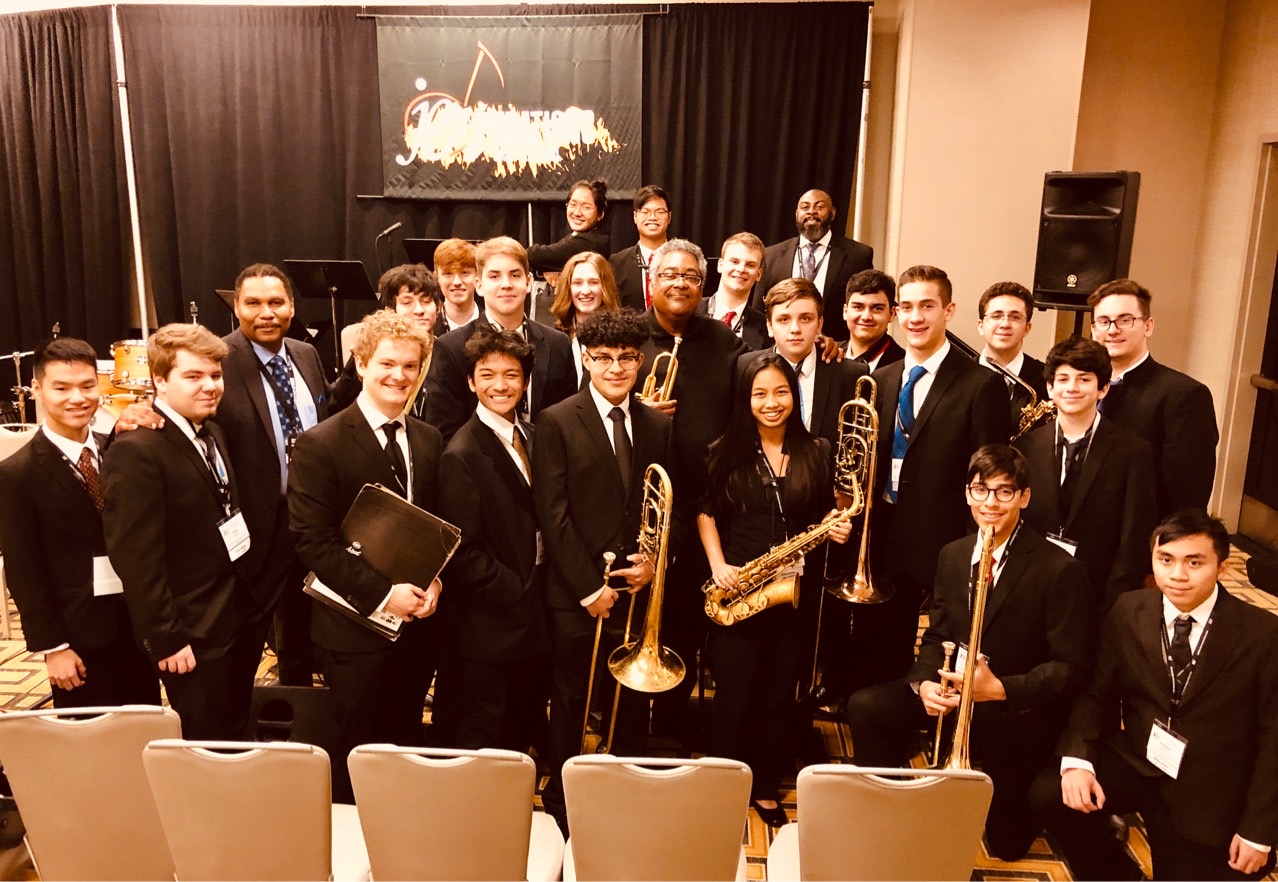 At the board meeting, Patti Anne Ford, Director of Fine & Applied Arts, said Johnson’s “resilience, his lion heart, his loyalty and inherent ability to push through are skills he has put to work. We need to do better and here’s why. A change agent like Justin gets a lot of push back, and when I have a strong teacher that’s receiving all that noise, that racket — I know it means they are actually changing systems.


“Mr. Johnson is a calm, cool and collective agitator,” Ford said. “You don’t see him coming, but he’s right there, and he always has been. He’s steady. He’s focused. He does not derail or bend to any oppressors. He never needs to be the loudest in the room, or have the final word, but when he does lend his voice to a room, he moves it. These courageous and honorable traits are ones we all hope for every child to find within themselves. And if they spend time with Mr. Johnson, you can be assured they will be a better human being for it.

“In preparing for this meeting,” Johnson said, “I reflected on how I got here, and it took me back to my early, early days, and this very stern conversation I had back in first grade with my teacher, Dr. Hartman. She pulled me aside in the hallway and looked me in the face, and said, ‘You’ve got potential. You’re the smartest kid in the class, and I’m not going to let you waste it. You’ve got to fix your attitude.’”

(Joan Hartman was Johnson’s first grade teacher at Ripley Elementary School in Ripley, Tennessee, which lies in the northwest corner of the state near the Mississippi River.)

“It was important to me at the time that she said that, because I didn’t know it, and she pushed me to live up to the expectation that she set for me. And she didn’t stop there. She still checks on me to this day — and this is a teacher I had when I was a first grader. She saw something in me and she pushed me. And that’s not all: she continues to check in on me.”

When Hartman heard about Johnson’s Teacher of Year Award, he said, “she sent me a handwritten letter to congratulate me. As I think back on that time, it brings me to how I want to operate as an educator. I hope to provide for other students the same thing Dr. Hartman provided for me. It wasn’t just the fact that she told me she saw potential. It was that over the course of time, she told me I had to start living up to that. And so I changed my behaviors.”

Alluding to the difficult times he experienced when he came to D219 as a Black man who talked about racial equity with students and colleagues, Johnson said he was able to struggle through thanks to “some perseverance and some resilience” that was modeled for him by his mother.

Johnson said he is grateful to work for the district but wants to do what he can and convince others to do everything they can “to make this place welcoming for everyone, to make a space that allows people to feel respected and appreciated and to feel that their work matters.”

Johnson alluded to the racial achievement gap that negatively impacts D219 and schools around the country. He said, ”I firmly believe that in our district there are a ton of Dr. Hartmans in our buildings and a ton of students who are just like (I was). I think:  what can we do to merge the two and break down some of those barriers and inspire some of those students who would otherwise be left behind or lost in the shuffle or pushed onto another path? Because that could well have been me. I could very well have been one of those students who did not go the way I did.”

Johnson said he frequently takes strength from “those words from my mom about how we always push through and we never give up. And if I can give that message to one student, two students, three students … then that’s a start.”