Over 60 percent of students report that they speak a language other than English. More than 90 languages are spoken, with the most common being Urdu, Spanish, Assyrian and Arabic. Extracurricular programs help students expand their academic and social skills, meet new friends, and engage in positive experiences. There are 27 athletic teams and more than 90 clubs and activities in which students can participate. 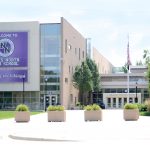 In the 2019 US News and World Report Best High Schools in the Nation ranking, Niles North was 49th in the state and Niles West was 50th in the state.

Niles West (8th) and Niles North (13th) were listed in Chicago Magazine’s issue of the Top Public High Schools in Cook County in 2018.

D219 was named to College Board’s annual AP Honor Roll for increasing access to AP exams and improving student performance. It validates the important work the district is doing to make our schools more equitable by advancing all of our students into more rigorous courses and by working to eliminate disproportionate enrollment in our classes by race. 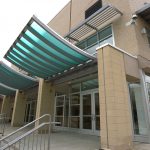 District 219 works closely with other government agencies, social services agencies, businesses and other partners in the Township.

One example is the annual Coming Together, a project that started in 2010 to spotlight the cultural diversity of our community. It is supported by institutions throughout Niles Township. Each year, over an eight-week period, Coming Together studies a different culture, with an emphasis on literacy. District 219 has been involved since the beginning and prides itself on facilitating this program within the community.  In 2019, Coming Together celebrated Polish culture and highlighted Poland’s contributions to science, literature, arts, education and much more. Past cultures explored are: Asian-Indian, Filipino, Greek, Assyrian, Korean, Chinese, Latino/Hispanic, “Voices of Race” and Muslim American.

Skokie Public Library provides library cards to all our teachers.

D219's Education to Careers program invites local businesses and professionals to partner with our schools to provide meaningful career exploration experiences for our students.